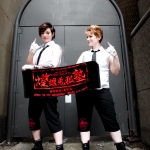 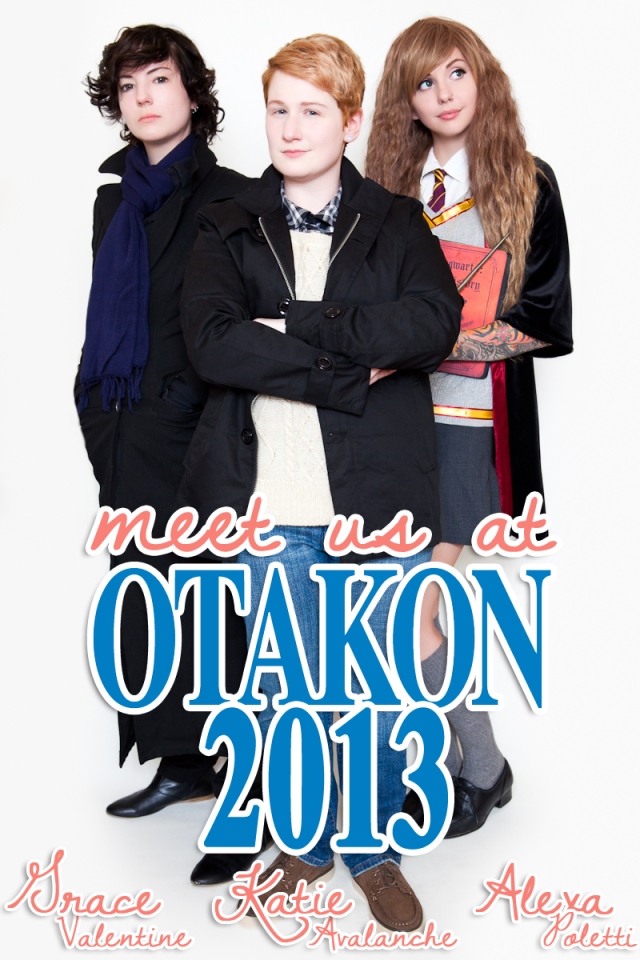 Hello everyone!! Over the weekend I had the pleasure of attending Otakon with two of my loveliest friends, Grace Valentine and Katie Avalanche. You may remember them from my previous posts featuring Grace and/or Kate including the adorable kigurumi shoot, NOH8 Campaign, or Grace in Lingerie. They came down to DC on Thursday and while we were hanging out & eating all the pizza in the world, we decided to we wanted to do a little promo shoot of our Friday cosplays so that people could know to look for us. 😀 Grace cosplayed Sherlock, Kate was Watson, and I was Hermione. We wondered who would win in a fight between Sherlock and Hermione. Thoughts? 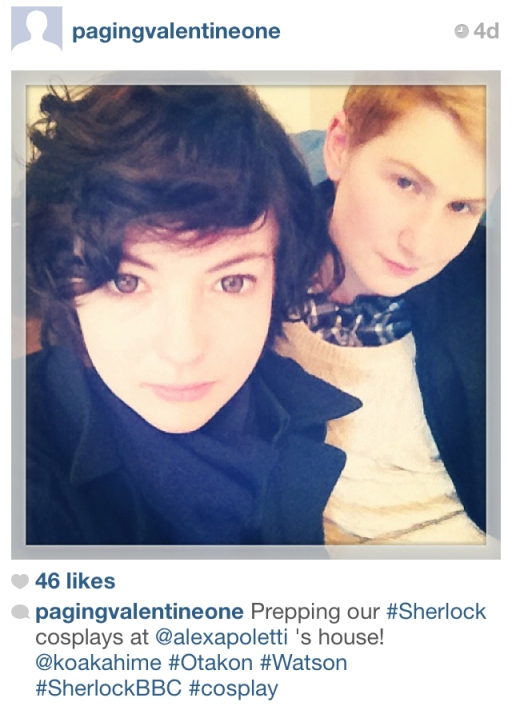 It took us a lot of energy post-pizza to actually get motivated to do this shoot. We flopped around and chased the cat and eventually got into our fancy little outfits. Hehehe… I volunteered my handsome boyfriend to take our photo so that we could have a good shot of all of us together before I did a solo shoot of the Sherlock cosplayer lovebirds. But first, Hermione invasion! 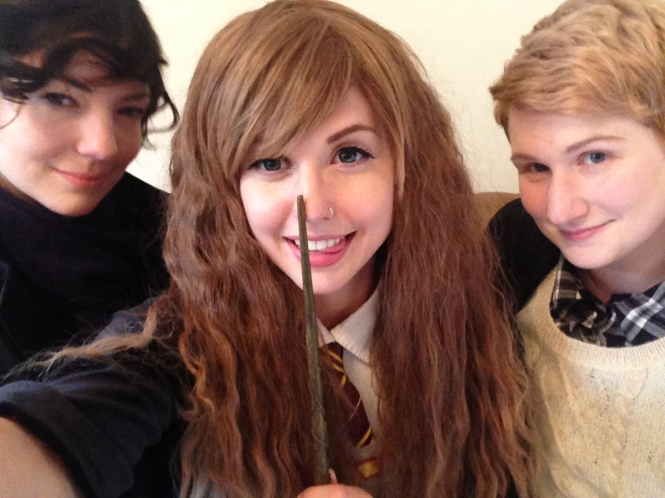 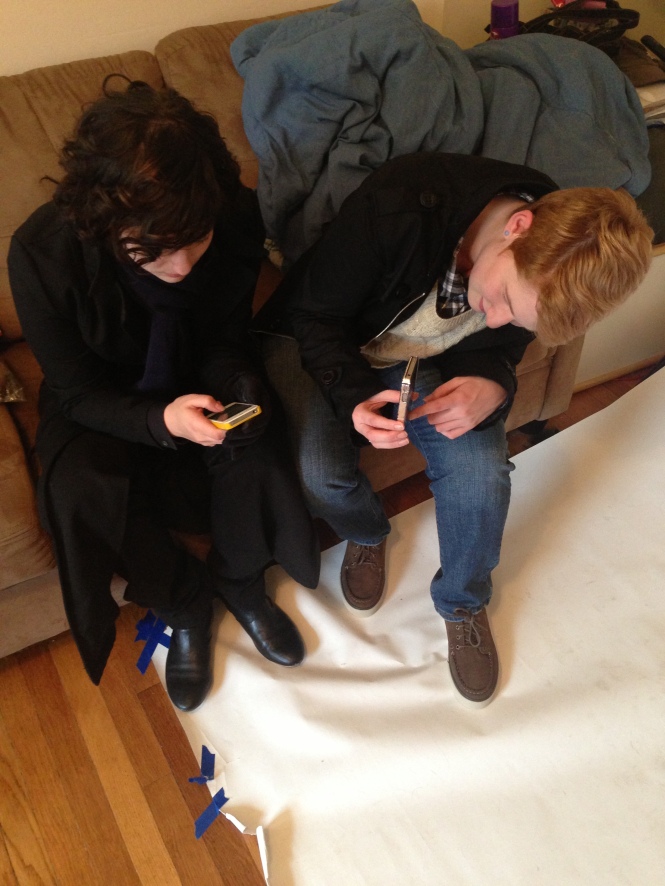 Finally, Brendan arrived to take our photo. I realized that we somehow have a very hard time looking normal. Other than the Otakon promo photo above, the rest of the shots all seemed to look like this: 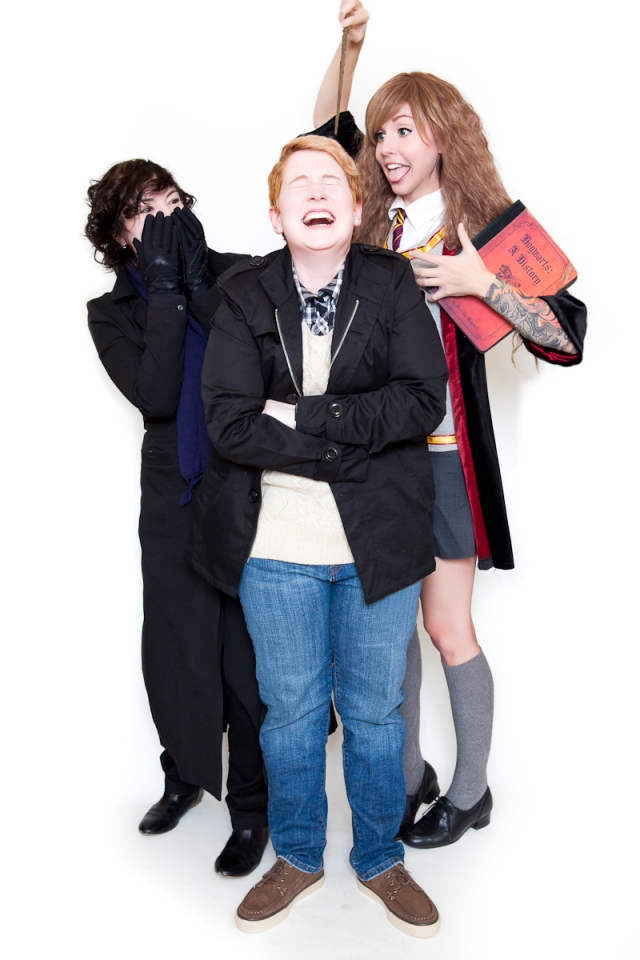 So, we quickly abandoned that idea and I took over as photographer and shot Sherlock and Watson together. Mwahahaa~ 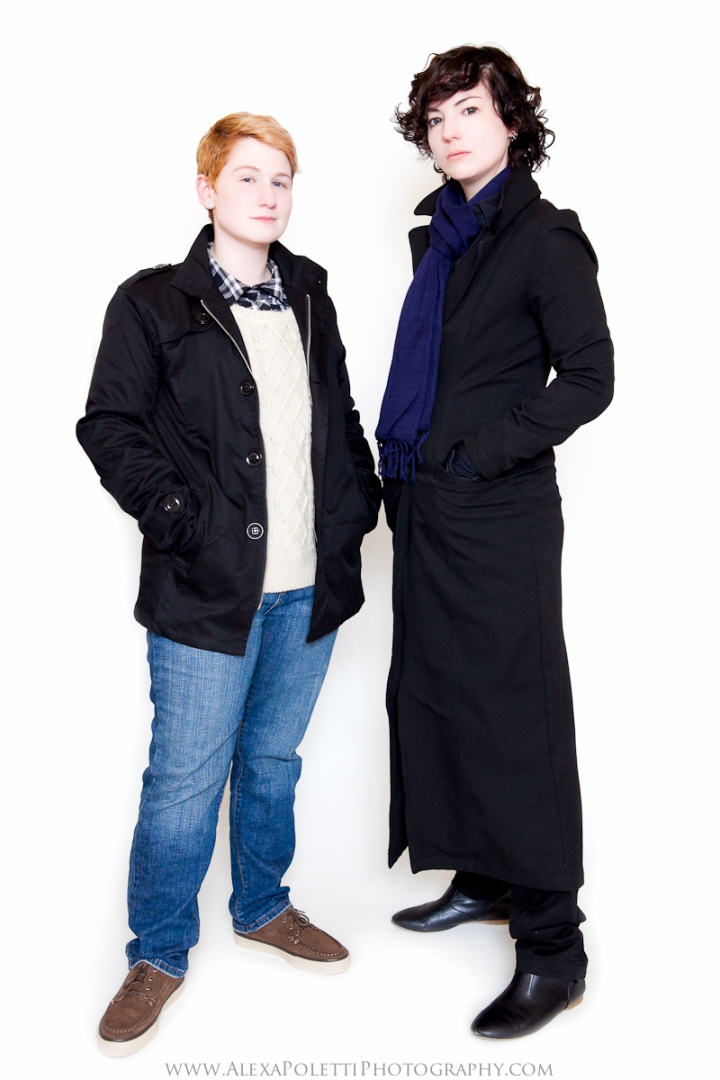 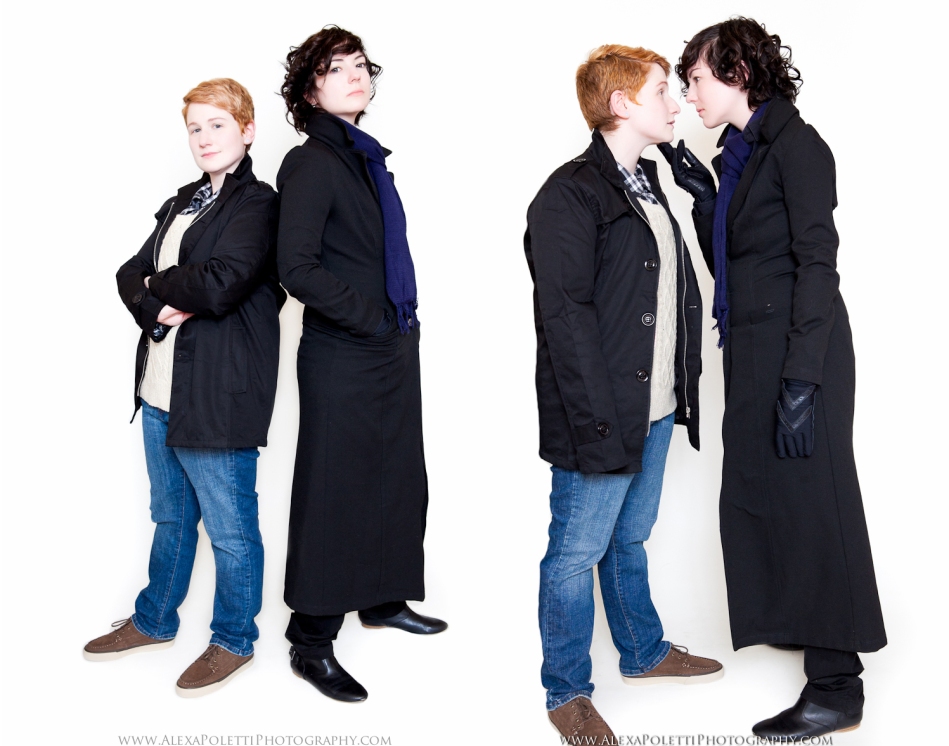 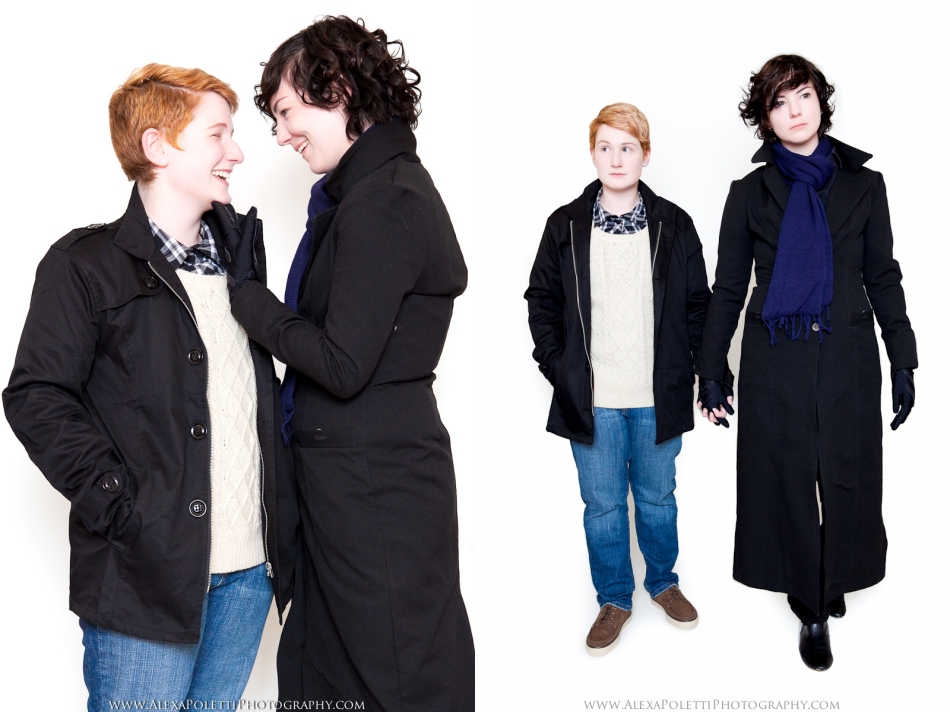 Awwwwww!!!!! Best Sherlock and Watson ever. EVER I SAY!

So, after our super quick mini-shoot, Sherlock and Watson headed back to Baltimore so they could start Otakon super early. Drum roll… Otakon Day 1! 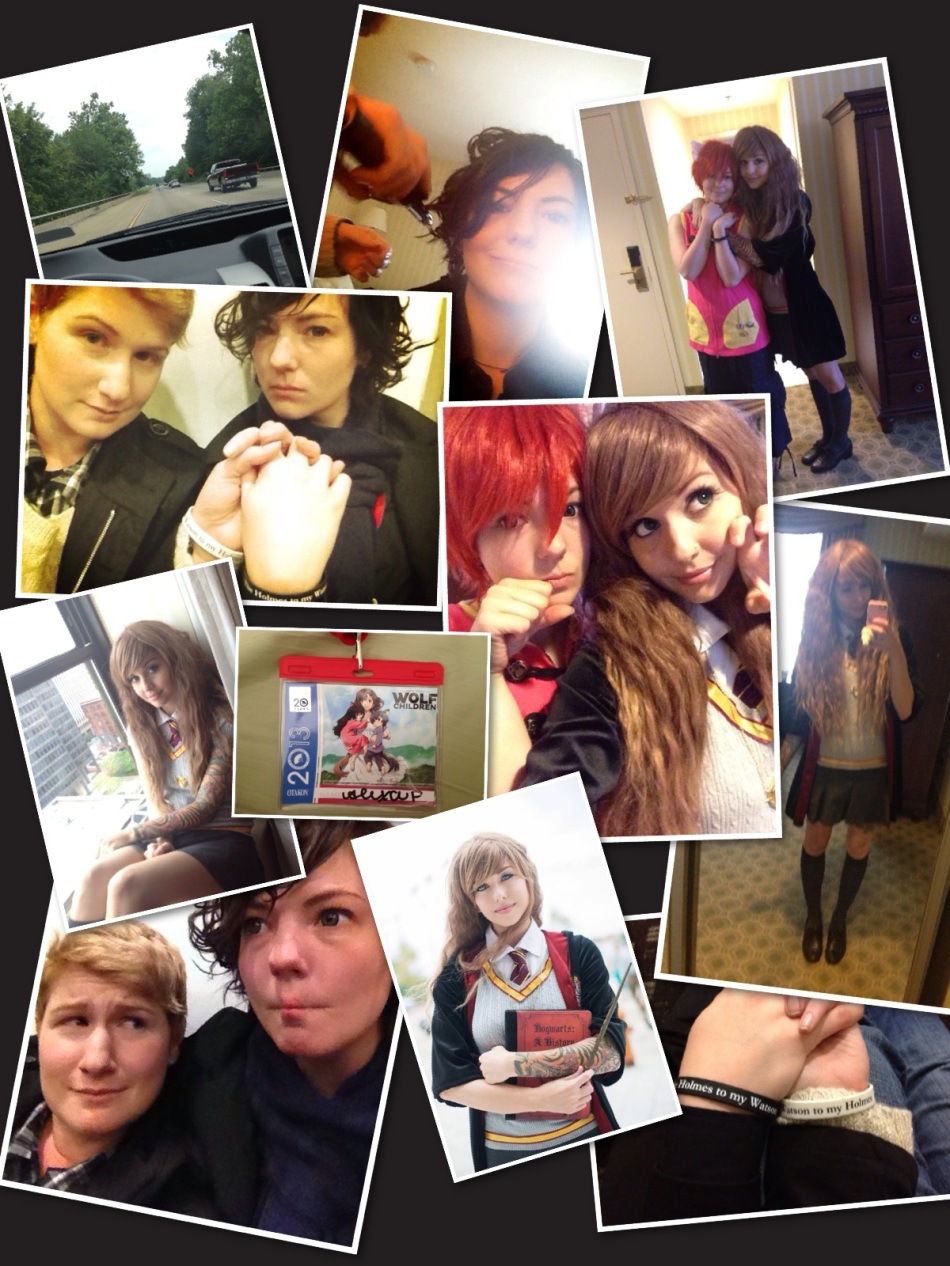 On Saturday, I decided to bring my camera gear with me so that I could shoot Grace and Kate in their GACKT x Jon Underdown // YELLOW FRIED CHICKENz cosplay. If you are unfamiliar with this J-rock duo, you should give em a gander. Grace and Kate do an EXCELLENT cosplay of Gackt and Jon and I didn’t want to miss my chance to shoot it! They rarely do this cosplay because it takes FOREVER to draw Jon’s tattoos on Grace‘s arms, but she is a dedicated monster. :3 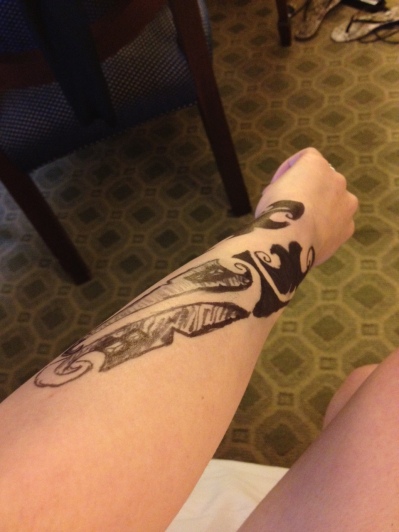 We hopped and danced around and spun in circles until the tattoo was finished and then we headed outside to shoot some seriously badass shots right outside of the Lord Baltimore hotel in downtown Baltimore. 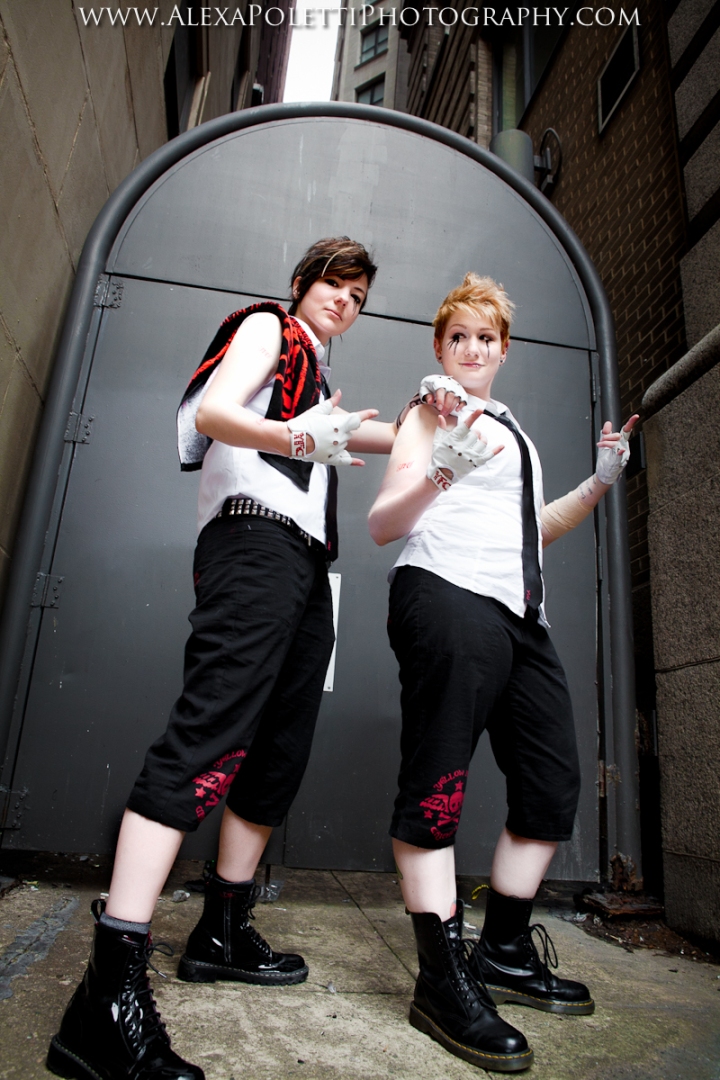 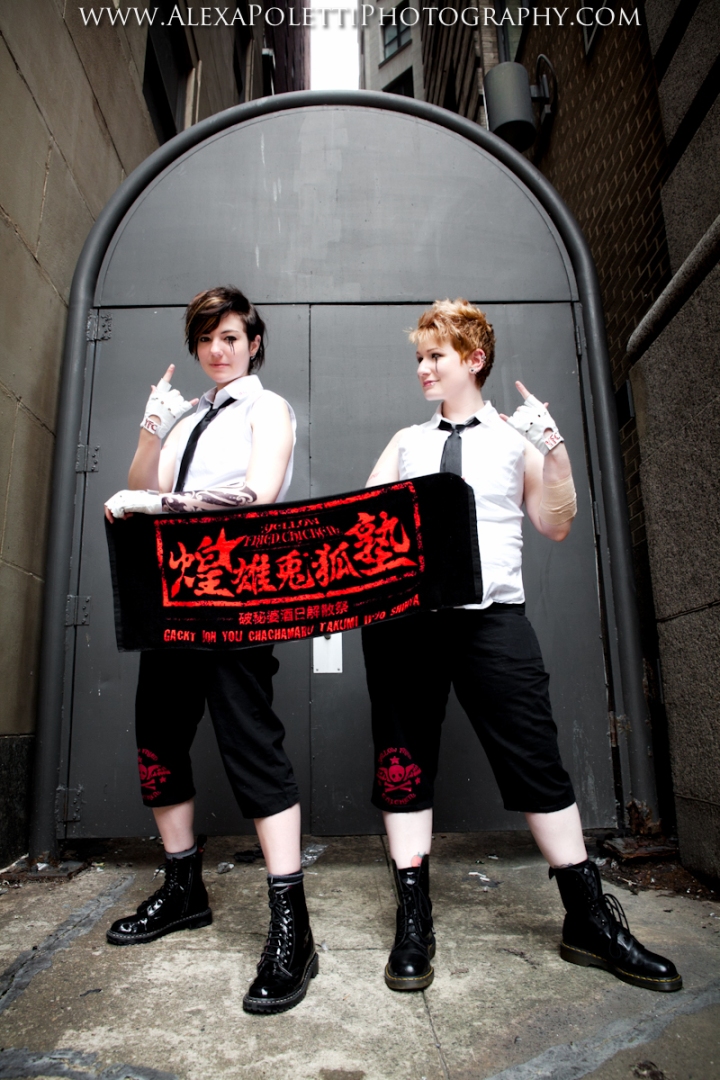 I LOVE THESE YFC PHOTOS and the amazing light that we had that day.

After exhausting this spot, we ran across the street. I am a weird little creature with a YFCz towel on my little bear head. 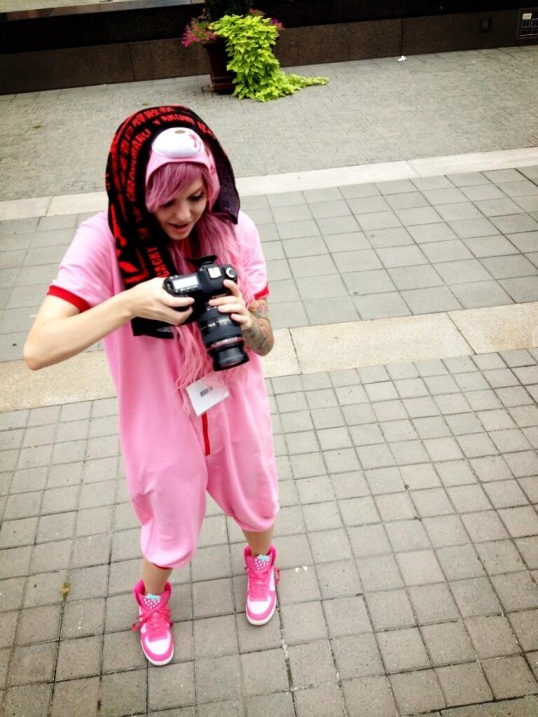 Anyway, back to the goods. 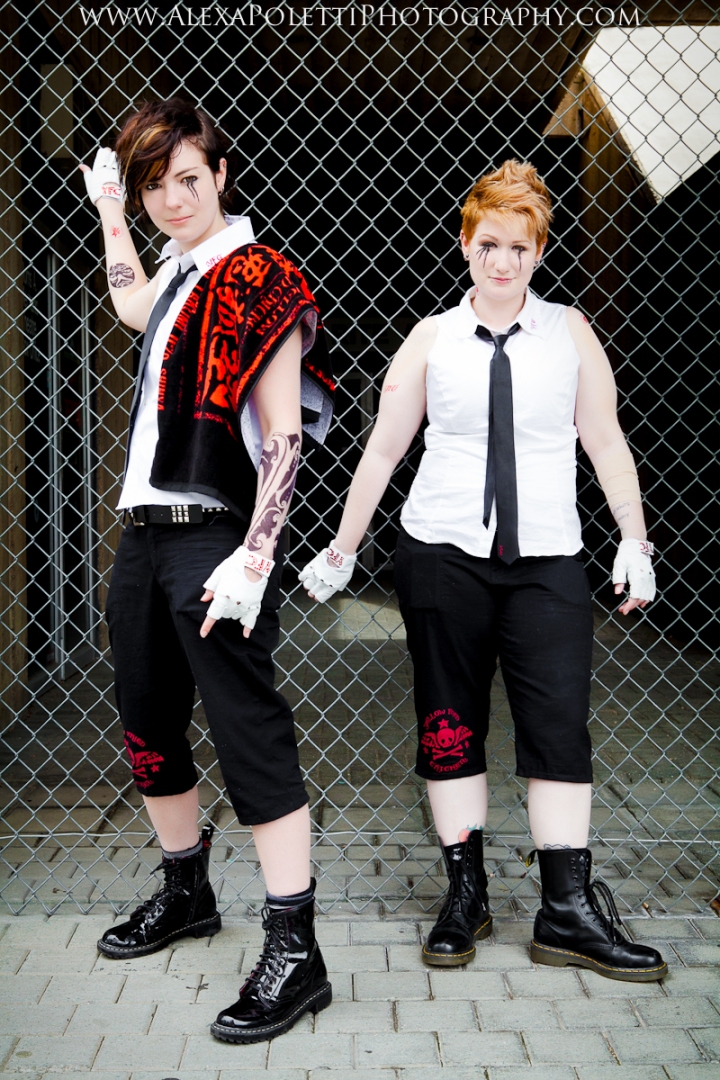 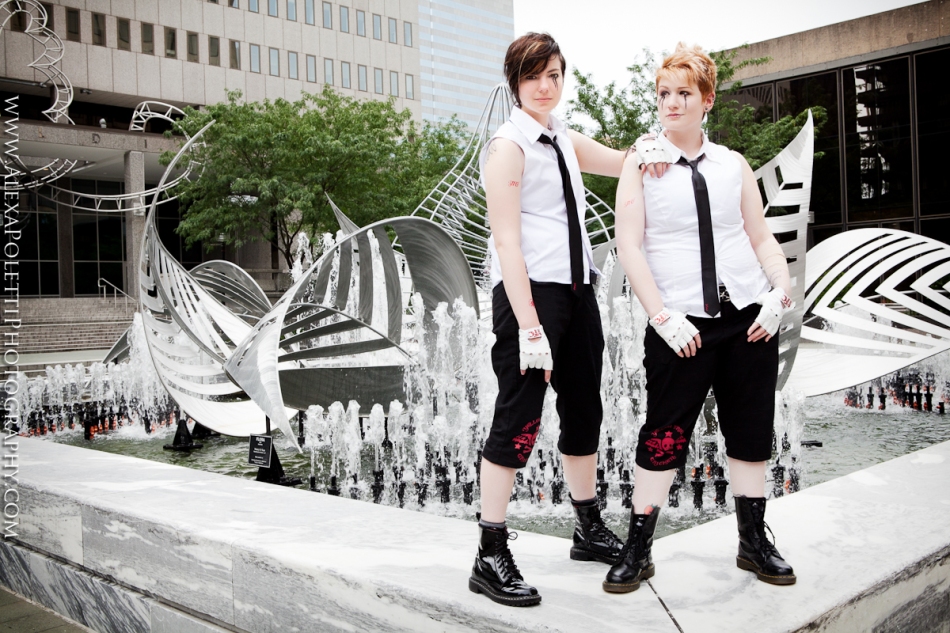 Successful group shot even though it was too bright to see cellphone screen in three… two… one….. 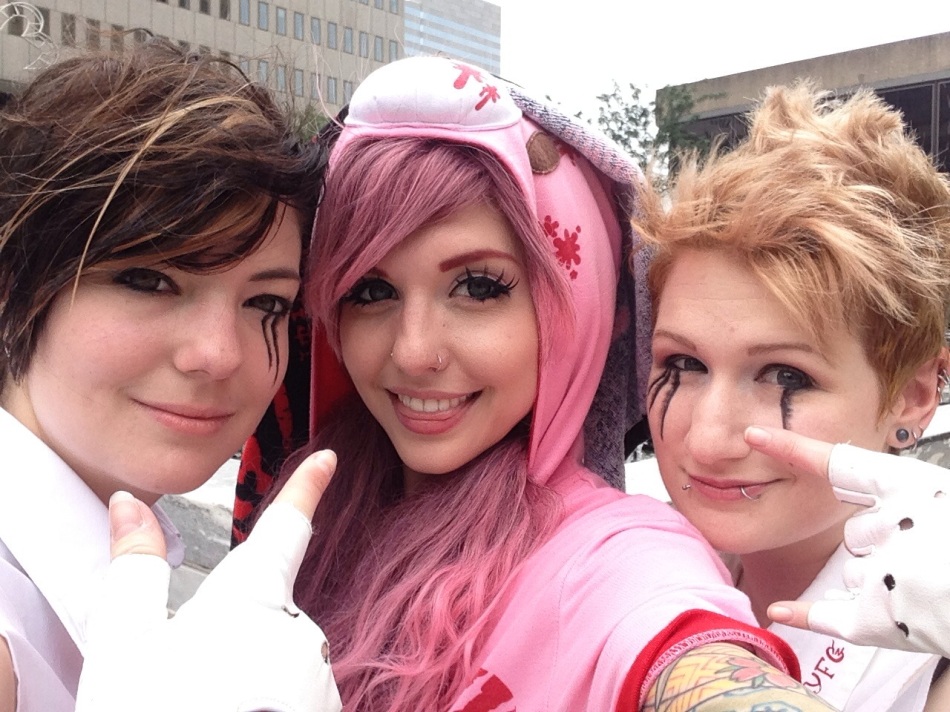 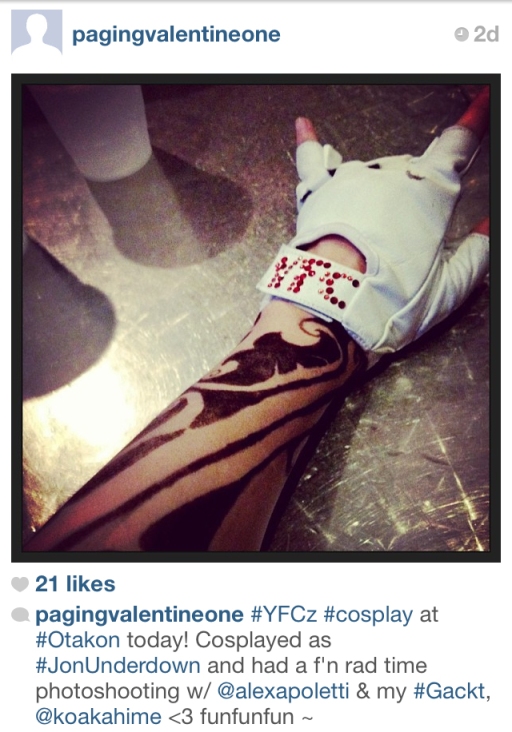 After that, we scampered back to the hotel room so I could drop off my camera and enjoy the rest of the con worry-free. Here is a collage of the whirlwind that was Saturday at Otakon! 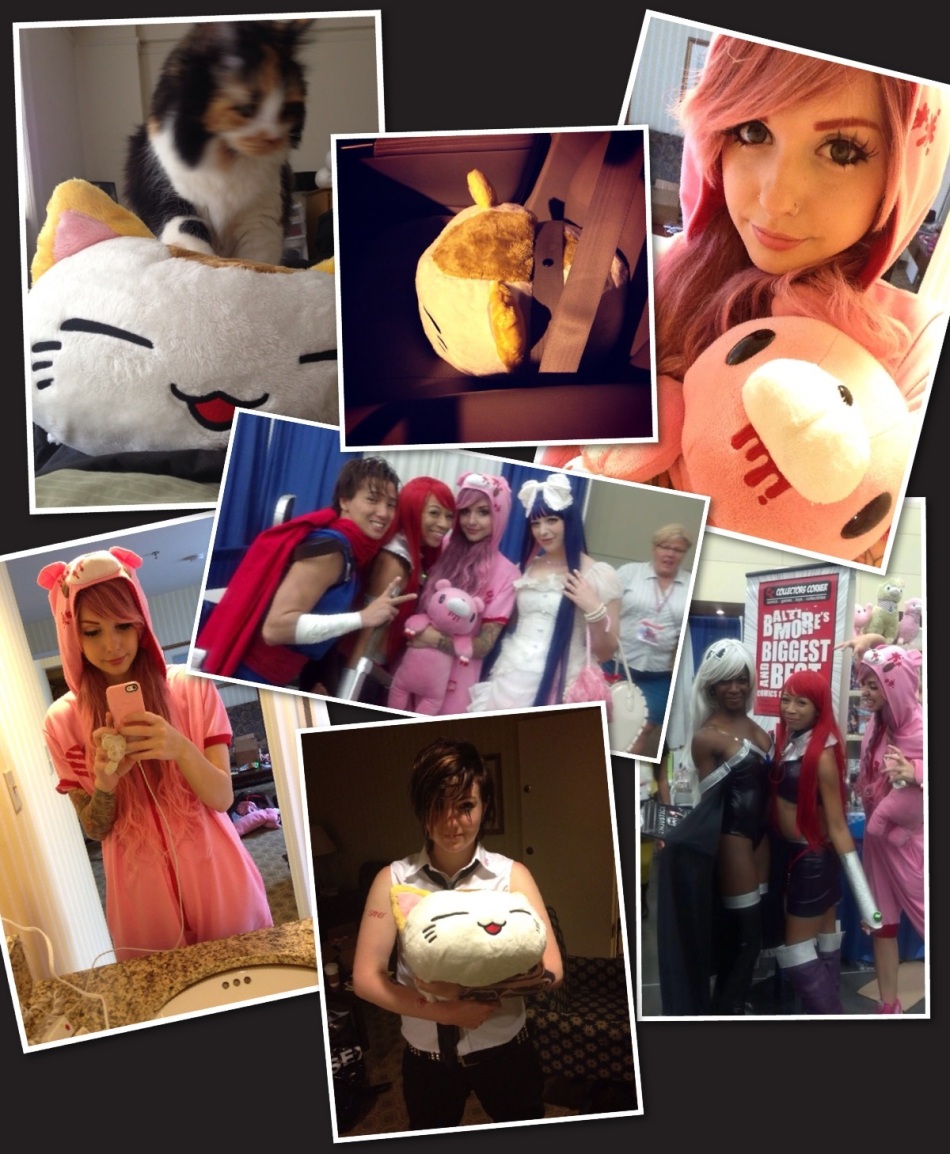 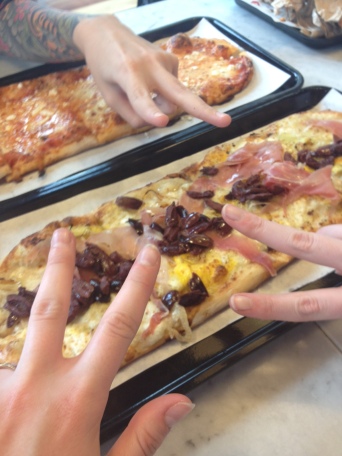 Hi guys! Over the weekend, I imported a few model buddies from New York and Philly to come down and hang out with me and to shoot the launch photos for Hypnotic Sweet Treats’ new line: Creepy Candy. While getting ready for our Hypnotic Sweet Treats launch photos, we got super sidetracked by shooting the lovely Grace Valentine and Katie Avalanche in their kigurumis. They are just the cutest little things. I was bouncing around and running in circles because it was so cute. I couldn’t handle it. CUTENESS OVERLOAD. >.< Ahhhhhhh! 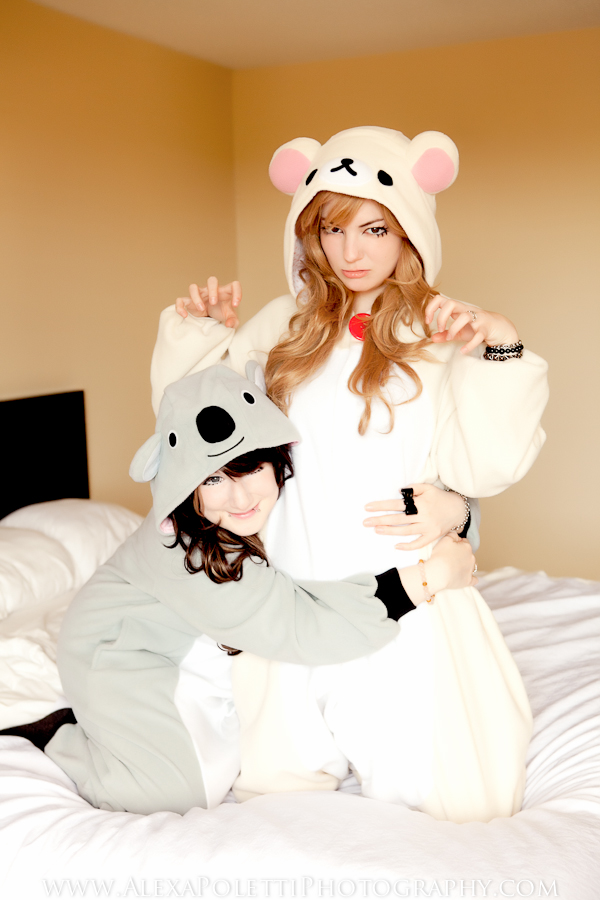 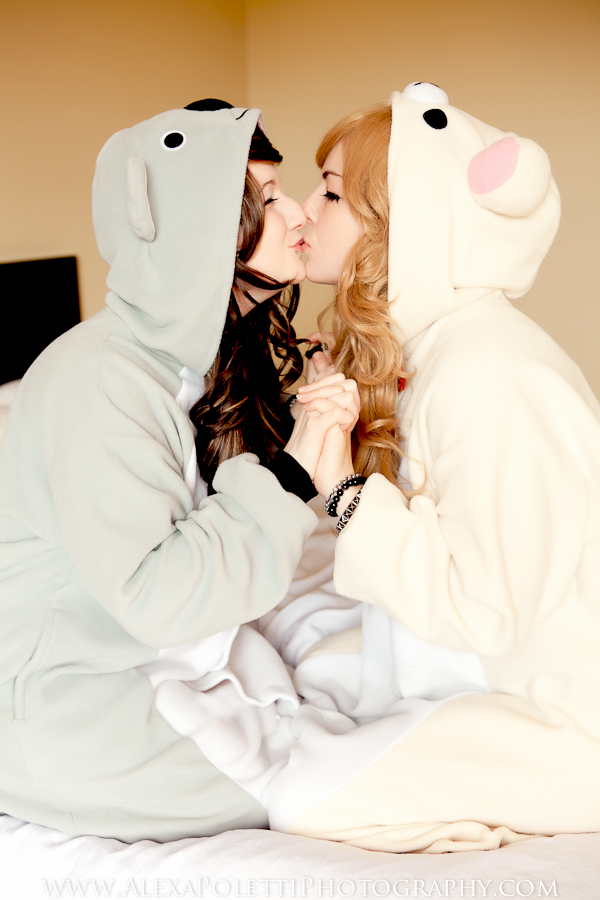 Awww… maybe they’re not so mean and scary after all… ♡ Kigu Kisses! ♡ 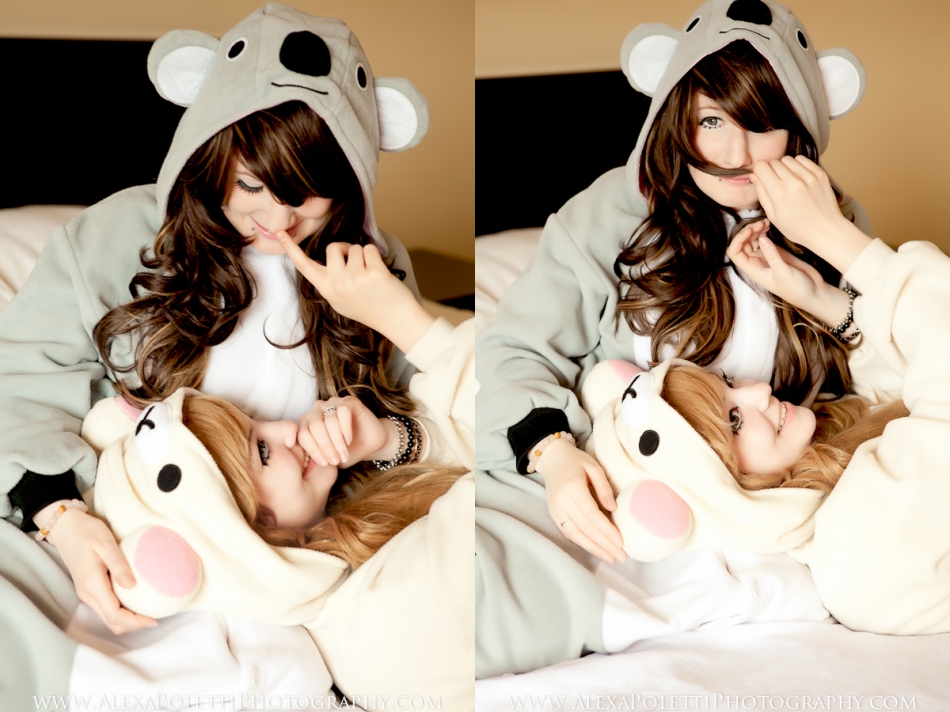 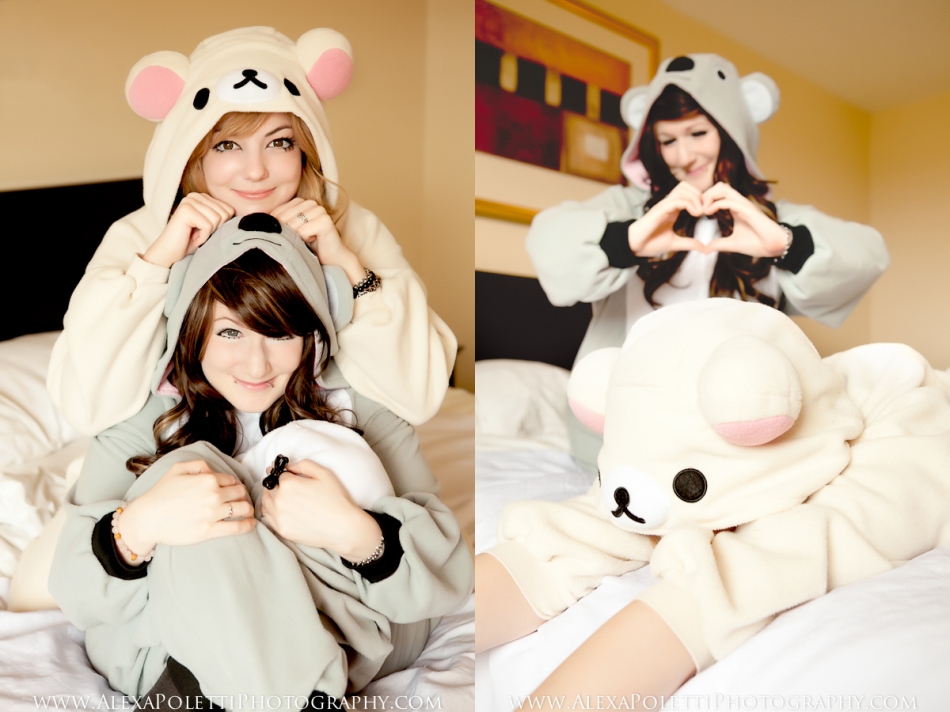 SO cute. Ugh. I’m going to go hide in a corner until I am as cute as they are. Goodbye world! 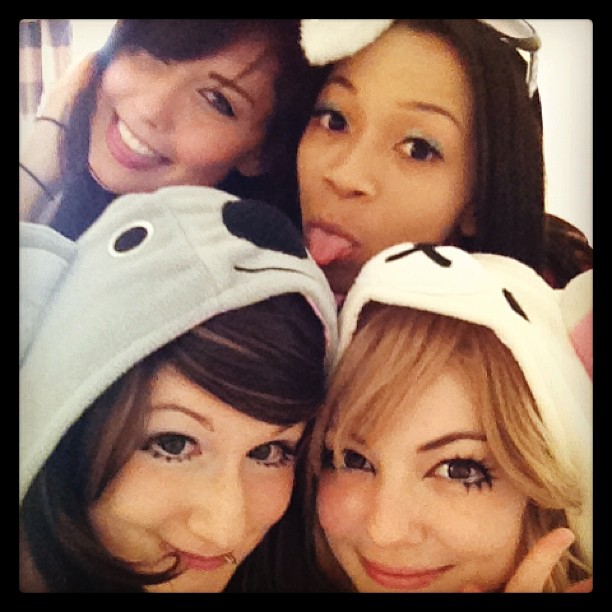