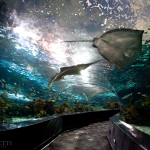 Day 3! Our final day in Gatlinburg… We got up early and checked out of our little villa. Then headed over to the Ripley’s Aquarium of the Smokies. It was a rainy Monday morning so the usually bustling tourist town was fairly deserted. We intentionally saved the aquarium for Monday… Can you imagine trying to get a shot like the one above with 1000 little kiddies running around? So perfect and serene.. so empty. Just how I wanted it to be!

One of the first things you see when you go in are the Japanese Mudskippers. OKAY ONE OF MY FAVORITE ANIMALS EVER!!!  YESSSS!!!! I have never seen a mudskipper in real life.. I was so excited, I could have died!!! Almost peed my pants!! If you don’t know what these little buggers are, check out this link and then you too will be obsessed:
http://www.youtube.com/watch?v=KurTiX4FDuQ

THEY ARE SO COOL.

Okay, anyway… take a breather for a second. 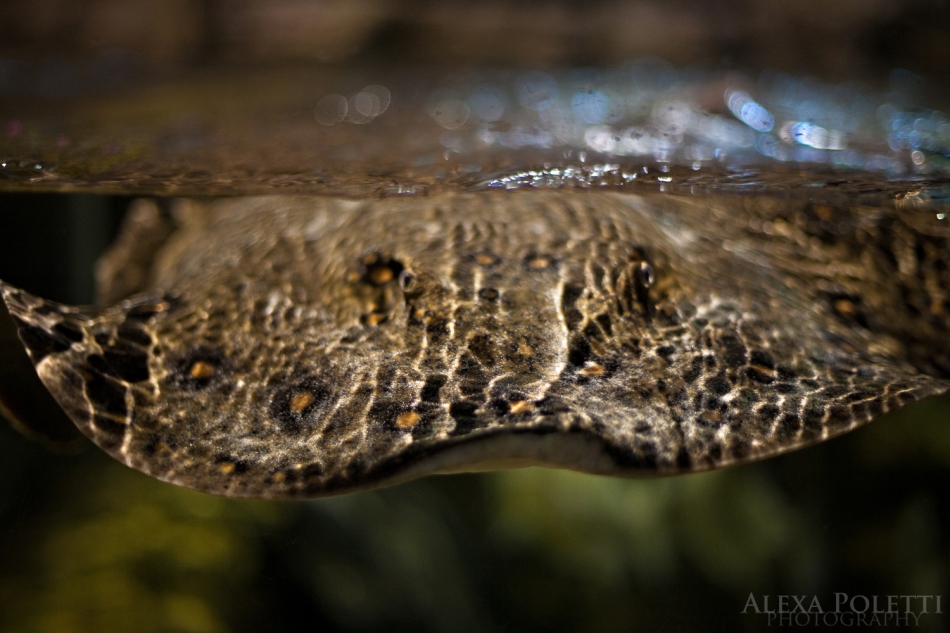 This little guy was also up at the front. Great camouflage for this sting ray-ish type creature.

Not claiming this to be a photographic masterpiece here, but just some fun pictures from our day. That funny one in the first picture is named Stevie. Personal favorite. We were there just in time to watch them feed the little guys! 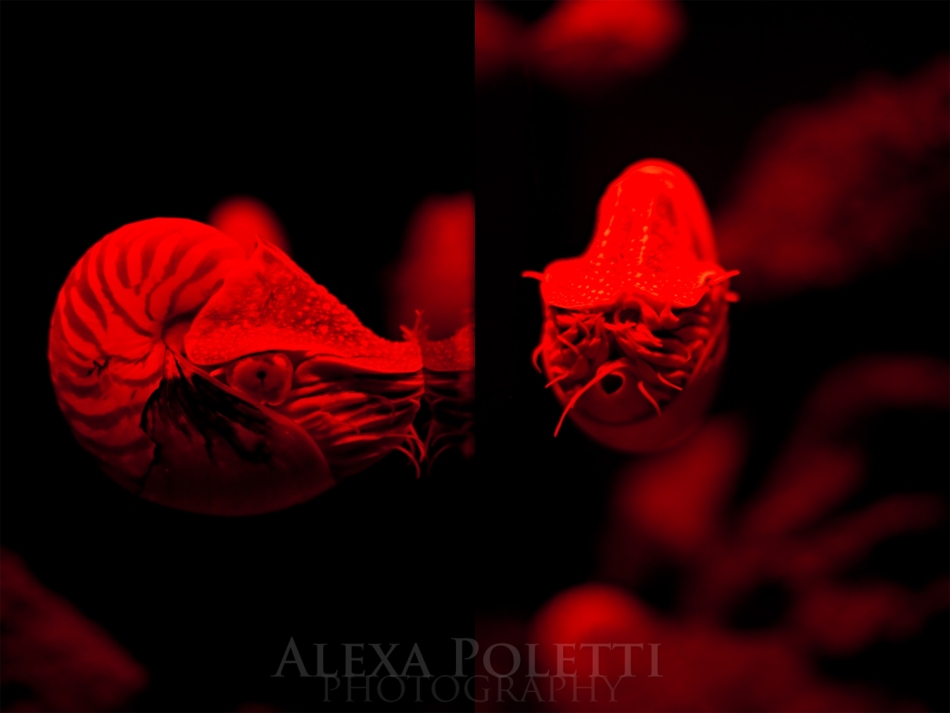 These are Nautili..  nautiluses.. uhh.. Yeah that’s about all I know about them… something about a math equation, too…

I was also really excited to see that they had Sea Dragons!! Another personal favorite aquatic animal. I have been trying and trying to get a good photo of these suckers for so long. I tried at the aquariums in Niagara Falls, Seaworld in Florida, and the Georgia Aquarium in Atlanta… They are so hard to capture!! FINALLY. Finally, I got them! The pictures I’ve wanted! I can’t tell you how stoked I am about this! 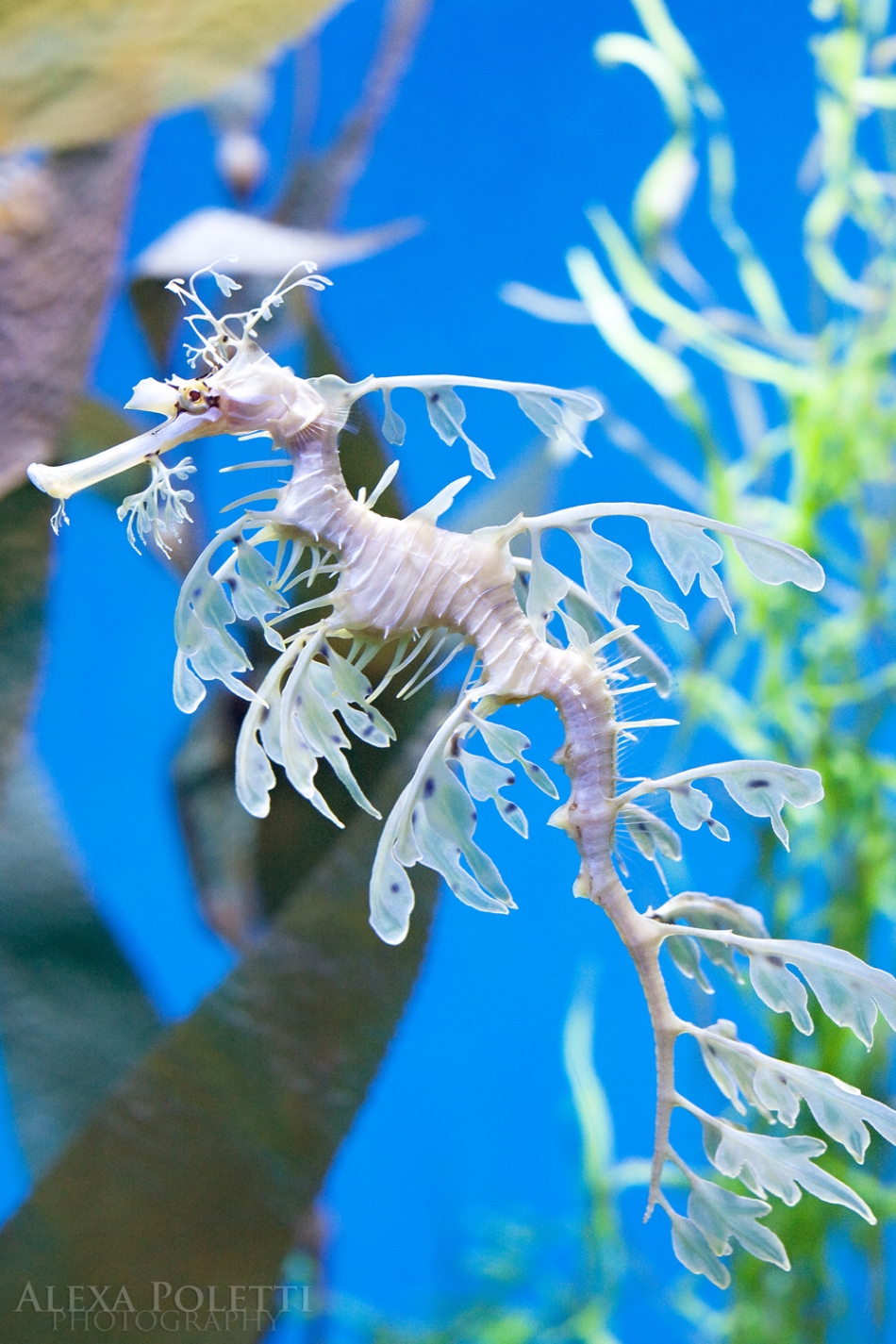 So gorgeous. Maybe one day I can be a wildlife photographer, or a travel/destination photographer, where I get to go find these guys in the real world… Just dreams…

Alright! That wraps up the Gatlinburg vacation.. Again, sorry it’s been so long. Mad busyyy. Next pics are probably gonna be some production stills or something since that is consuming my life right now. Hope everyone is living a happy life and much love to all of you!! xo 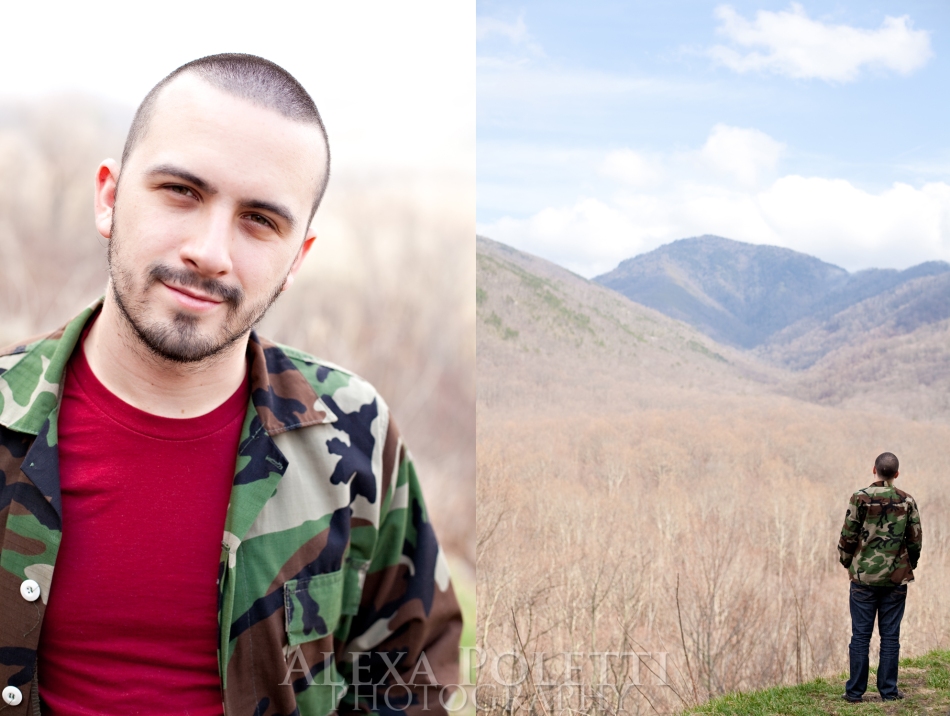 Gatlinburg, day 2!! Sorry it is taking me forever to get these posted.. The movie I am working on is taking ALL of my time. It’s insanity. Okay, anyway, I got a few minutes to myself today.. so here are pics from day 2!

After a long day of hiking on Day 1, we decided to just drive around on the Smoky Mountain Parkway (not sure what it’s really called, but something like that) and just see how beautiful it was. We got out for some pictures and some exploring from time to time.. Then we stumbled upon this AWESOME place. It was so cool.. we were the only ones there. Felt like an oasis in a desert… All the dead trees and then BAM! Green moss and water and.. well, you can just check it out.

Hahaha… he’s so goofy. Look at my mountain man!!!

Day 3 coming whenever I get some dang time… Later xoxo

Woohoo!! A vacation!!!!!! Totally, what I needed to escape the madness for a little while. I have recently been picked up as the Propmaster/Key Wardrobe for an independent feature film being shot in Charlotte, NC. Working in film means no time to spend with your loved ones at home.. something I realized while I was in school getting my film degree. Fortunately, Brendan and I already had a little weekend getaway planned so it was a great excuse to get out of town for a bit.

Heading out on Friday afternoon, we arrived in the Great Smoky Mountains around sunset. I had to pull off the road as we approached to get this shot… Such a beautiful time to be pulling up! Could not have gotten luckier on that one.

The next morning, we set off for a hike. Neither of us are really hiking people.. just a couple of city kids, really… But the lure of a 100-foot waterfall, home to a diverse range of salamander species, was just too much for me. While looking up it’s location, I seemed to have missed this part…:
“The trail to the waterfall gains over 2,000′ in elevation over its 4 mile course and the 8-mile roundtrip hike is considered strenuous in difficulty.” (nps.gov)

That’s me! (For the record, it’s not a fanny pack when it’s filled with lenses, batteries, and memory cards..)

That was a teeny tiny skinny little bridge that we had to cross to continue on the path. Scary!! I love adventures!! 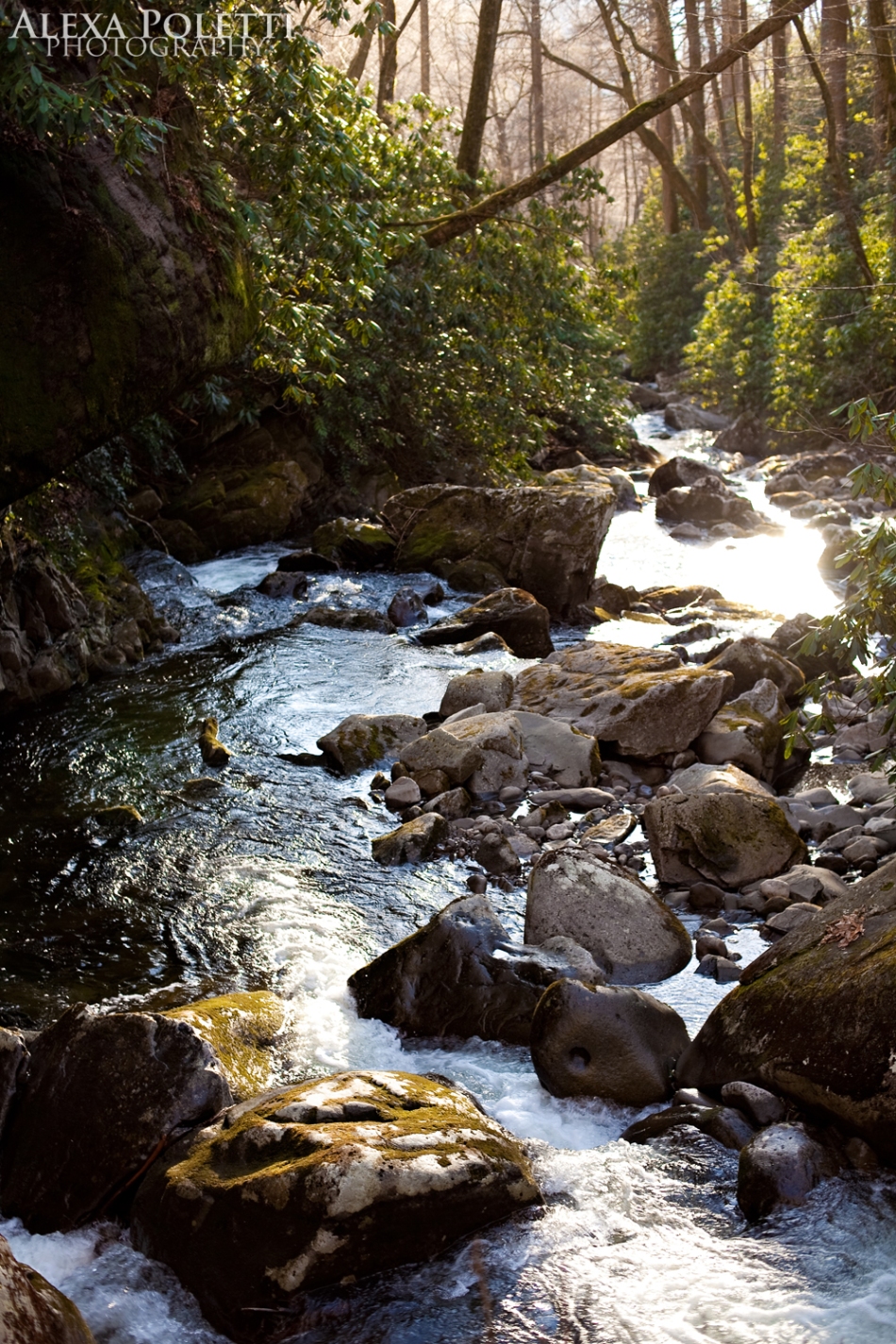 As you can tell in the picture above.. the sun was beginning to set. I was so determined to make it to the waterfall.. We kept pushing on, hoping to make it before dark. After climbing over three miles into the forest, we regretfully had to turn back. It was a disappointing blow to work so hard to get there and just barely fall short. We were SO close, but the dangers weighed more than the photo op. The rocks and moss were slippery, BEARS are apparently everywhere in the area, and the path was overall tough and dangerous. Just before we turned around, we set the camera on a rock for this shot of the two of us.

In the dark, the hard path was much scarier. I kept thinking I was seeing bears!! We were telling “what if..” horror stories just to creep ourselves out. After over six miles, we made it back alive and all was well. We were exhausted!!! Went home and I took some cool shots of the night sky with fog creeping around the mountain. Then… bedtime. xoxo